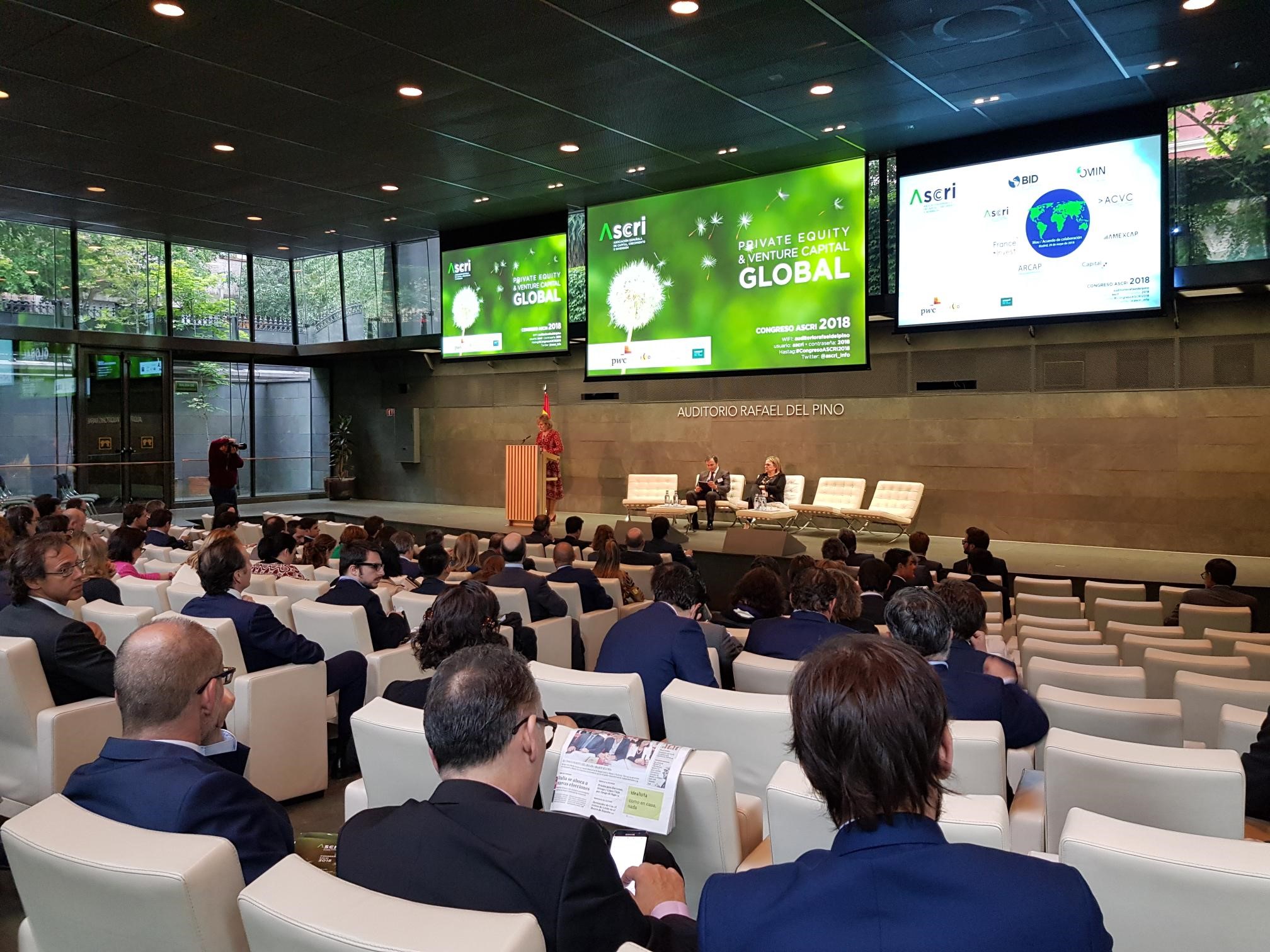 Miguel Zurita, recently appointed chairman of the Spanish Venture Capital & Private Equity Association (ASCRI), presented the performance data of the Venture Capital & Private Equity activity in Spain in 2017 and in the first quarter of 2018 during this morning’s opening speech at ASCRI’s Annual Conference. The event was presented by Irene Garrido, Secretary of State for Economy and Business Support, and had support from collaborators such as PwC, ICO, ICEX-Invest in Spain, Cofides and the Rafael del Pino Foundation. Other participants included Piel Luigi Gilibert, Chief Executive of the European Investment Fund (FEI), international venture capital funds such as Atomico and Rakuten, and success stories such as Volotea, Keraben and Grupo Eugin.

Miguel Zurita presented at the Conference to an audience of close to 300 highlighting that “everyone should take great satisfaction in the great moment that the Venture Capital & Private Capital sector is currently undergoing in Spain: The record investment figures have made it possible for the weight of venture capital and private equity on GDP to reach the European average for the first time in history. However, the figures from the report on the impact of middle market investments published this year are equally relevant and show that, without a doubt, venture capital and private equity portfolio companies perform best in terms of growth, profitability and job creation as compared to other companies. These figures should generate the trust needed to continue our leading role in socially responsible, value-generating investments and to continue working with public administrations to build a regulatory framework comparable to our neighboring countries’ and that allows for sustained growth and international competitiveness of the sector.”

During this event, ASCRI closed a collective agreement with the Inter-American Development Bank and the Venture Capital & Private Equity associations in Chile, Argentina, Mexico, Colombia and France. The objective of this alliance is to build bridges between these entities and expand collaboration to encourage investment across both continents.

Venture Capital & Private Equity investment in Spain in 2017 broke all existing records: €4,958M in 715 investments. The relationship between investment last year as a percentage of GDP in Spain increased by 9 basis points compared to 2016, reaching 0.43%, a record high that equals the European average for the first time.

The middle market (investments between €10M and €100M) continues to recover, accounting for 28% of total volume invested with 13 investments closed in 2017.

Madrid led by investment volume and Catalonia led by number of investments.

Record high in number of companies receiving Venture Capital funding. In 2017, 560 Venture Capital investments were closed in 449 startups (record high), of which 300 received funding for the first time, the second best figure on record for investment volume (€537M).

15 investments were closed in the middle market (transactions between €10M and €100), with 2 transactions for above €100M (Cinven in Planasa and Ardian in Monbake).

The primary mission of the Spanish Venture Capital & Private Equity Association (ASCRI) is to develop and foster capital investment in unlisted companies. The Association, headed by Miguel Zurita, currently has 180 members.